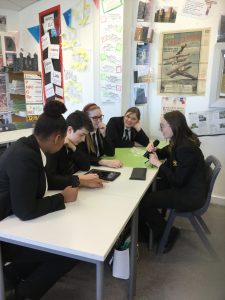 On Thursday, 16 May a group of Trinity students were involved with the BBC Young Reporters’ Team.  They worked with a BBC journalist, Sukhi Nagra, to discuss what was important to them in the news. Sukhi showed the students how to use iPad’s to record the news, and she also shared with them tips for successful interviews.

Two Year 7 students, Rian and Lilia created a news piece about Radio 1’s Big Weekend, which will be held at Stewart Park, Marton in Middlesbrough from 24-26 May.  Hoopad and Lewis, our Year 8 students created a very topical news story on climate change and our Year 9 students, Hope, Olivia, Kirstin, Elliot and Phoebe recorded their news piece about Mental Health and the judging of young people.

On Monday, 20 May the group visited the Cleveland Centre in Middlesbrough and completed a series of workshops including reading from an auto-cue, using virtual reality headsets, Horrible Histories activities and posing in front of the Tardis.

Phoebe, a Year 9 student was interviewed by a journalist about her dream to become Prime Minister, and she was encouraged to begin a campaign party. BBC Radio 4 now wish to interview Phoebe.  Year 9 pupils were also interviewed about a Trinity Year 9 pupil who had successfully persuaded a man to come down from railway tracks, who was wanting to take his own life. 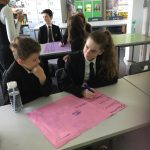 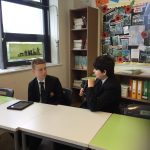 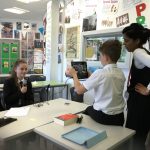 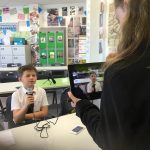 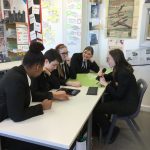 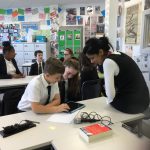 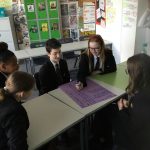 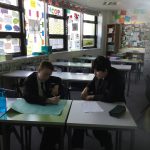