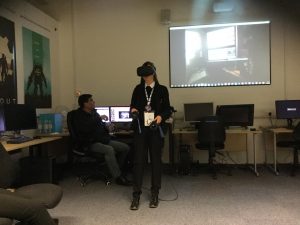 On 24th April a group of Year 9 girls attended the ‘Hello World’ Conference which is organised by the School of Computing, Media & the Arts at Teesside University.

The students were able to take part in workshops which looked at all aspects of computing from creative to technical and included sessions on games development, coding, cybersecurity and animation.

The girls were able to try on VR headsets to discover more about the use of virtual reality, with another session on motion capture explaining how CGI characters are created for film, television and the games industry.  One of the workshops examined the part technology plays in the ‘selfie’ craze, with the girls taking photographs which were then manipulated to show the implications of doctored images and the representation of girls and women in the media.

The aim of Hello World is to help address the shortage of women working in all areas of the computing and digital industries, and to destroy the myth that computing and digital technologies are for boys.   Although teenage girls are now using computers and the internet at rates similar to their male peers, they are still five times less likely to consider a technology related career.

A panel of inspirational women working in the computing and technology industries opened the event. The panel members included freelancers and staff from major players in the industry including Industrial Light and Magic, Visual Soft, Double Eleven and Trade Interchange.

One of the highlights of the day for the students was to have the opportunity to ask the panel about their roles and experiences within the industry, which provided them with an insight into the wide variety of exciting jobs available in this rapidly evolving field. 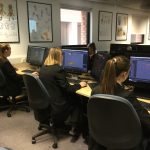 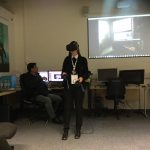 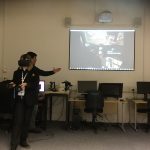 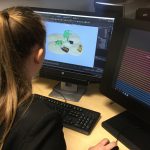 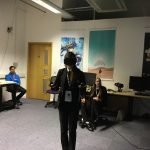 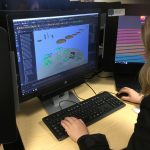